Meet the world’s no.1 in collaborative robots

Around the world thousands of UR robots work collaboratively
right alongside humans with no safety guards and no problems.

Universal Robot's three different collaborative robots are easily integrated into existing production environments.
With six articulation points, and a wide scope of flexibility, the collaborative robot arms are designed to mimic the range of motion of a human arm.

Select the size of the collaborative robot arm that best meets your needs below.
Universal Robots Brochure
TÜV NORD Certificate 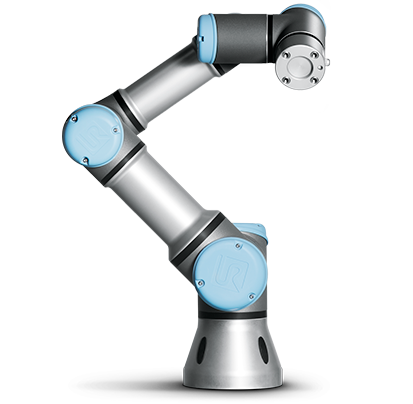 
UR3 is Universal Robot's new, smaller collaborative table-top robot for light assembly tasks and automated workbench scenarios. The compact table-top robot weighs only 24.3 lbs (11 kg), but has a payload of 6.6 lbs (3 kg), 360-degree rotation on all wrist joints and infinite rotation on the end joint. These unique features make UR3 the most flexible, lightweight, collaborative table-top robot to work side-by-side with employees in the market today. It’s an ideal choice for applications that require 6-axis capabilities where size, safety and costs are critical.
The UR3 collaborative robot is an optimal assistant in assembly, polish, glue, and screw applications requiring uniform product quality. The new table-top robot can also be used in a separate work station mounted on the table, picking, assembling and placing parts in optimized production flows. Because of its compact form and easy programming, it’s easy to switch it between tasks to meet agile manufacturing needs making total cost of ownership low and payback period ultra fast.
The UR3 robot applications span manufacturing industries from medical devices to circuit boards and electronic components

Did you know?
The UR3 robot is built with the same proven collaborative technology as Universal Robot's UR5 and UR10 robot arms. All three collaborative robots feature the same safety system and 0.1 mm repeatability. UR3 has a default force sensing of 150 Newton but can be set to stop if it encounters a force as low as 50 Newton in its route. 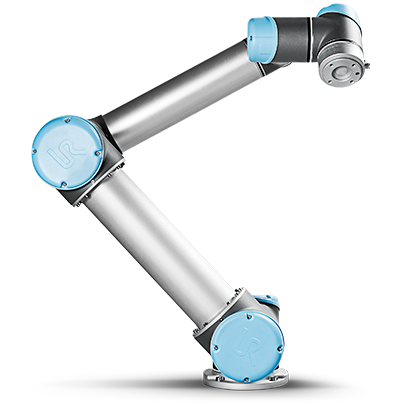 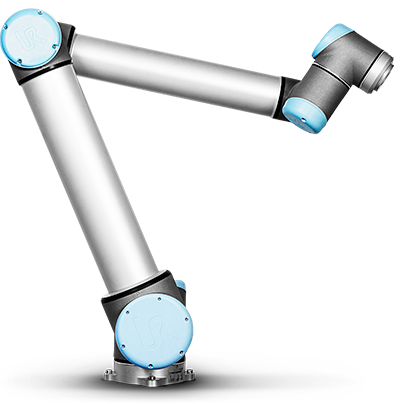 
The Universal Robots UR10 is Universal Robot's largest industrial robot arm, designed for bigger tasks where precision and reliability are still of paramount importance. With the indstrial robot arm - UR10 - you can automate processes and tasks that weighs up to 10 kg.
Heavier-weight collaborative processes, such as: packaging, palletizing, assembly and pick and place are all well suited to the UR10 industrial robot. With a reach radius of up to 1300mm, the UR10 industrial robot is designed to be more effective at tasks across a larger area. You can therefore save time on production lines where distance can be a factor.

Did you know?
The Universal Robots UR10 is easy to program, offers fast set up, is collaborative and safe, and like Universal Robot's other collaborative robots, offers one of the fastest payback times in the industry. You can read more about the advantages of installing a UR10 industrial robot arm on the "UR robots benefit" page. 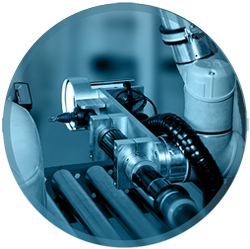 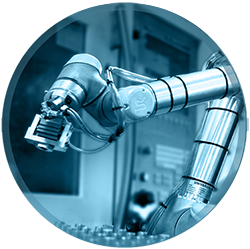 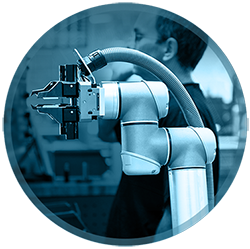